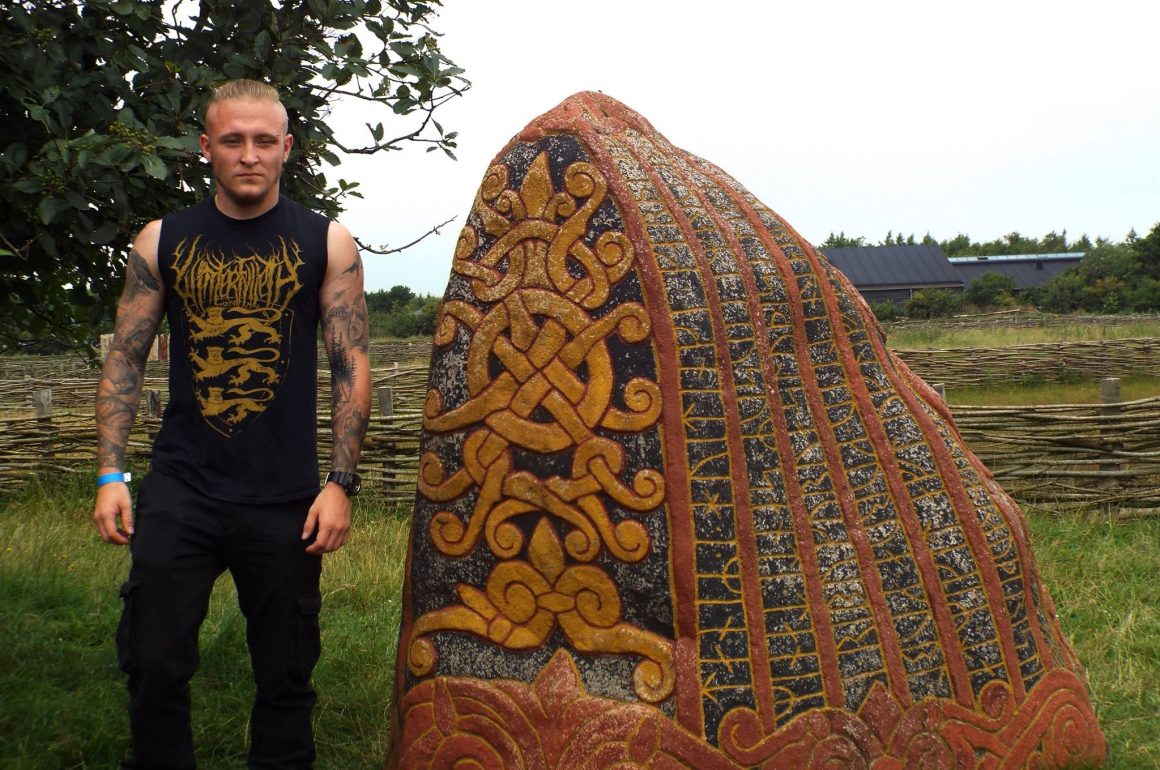 September 16, 2016 by DarcieRae No Comments
Founder of York metal night Northern Extremity, President of the Uni of York’s metal society and student historian, Connor knows his style. And it’s metal, in case you hadn’t noticed.

Who or what are your style inspirations?

I’m not sure if I could name one definitive inspirational person. Obviously, a lot of what inspires my style are metal musicians and the style that goes with being a fan of metal music. I like to customise a lot of my clothes and will often cut off sleeves, sew on patches and shove spikes through it to make all of my clothing a little bit more unique.

To be honest, it completely depends on the weather. As I’m writing this I’m wearing a Sathamel t-shirt which I’ve cut up and customised, some Metal Militia shorts and Doc Marten boots. That’s a standard “it’s too fucking hot” outfit. Generally I will wear combats or ripped up jeans, some chunky military boots and a band t-shirt. If the weather is a bit shit I’ll wear a band hoodie and a ripped and spiked cut-off patch jacket if I’m feeling especially metal. I customise a lot of my own clothes and like making things sleeveless so it’s not as hot in the summer (also lets me show off my tattoo sleeves, which is always fun).

In all honesty, I don’t really pay that much attention to alternative clothing brands. The majority of the t-shirts that I own are some form of band merchandise usually from some underground band, or merchandise from the UKEM Records store. I’m a big fan of UKEM as it promotes the British underground extreme metal scene and has a lot of decent bands on its roster. I do however, have a fair amount of Killstar and some Blackcraft clothing, which is not only comfortable but looks sexy as hell. Misanthropy Clothing and Lambs of Rot also have some really nice stuff which isn’t as cliché as the other two. Apart from that, the majority of my clothing is entirely band t-shirts or hoodies. I’m really just not a stylish person.

How did you get into booking bands and organising Northern Extremity?

I’ve always been into supporting local or underground bands. Having previously been in bands myself, I know how annoying it can be to put in time and effort to write music which is good, but not have the place to showcase your music to anyone. I always say that every big band that people listen to once started out as a local band, and I think that the underground scene in the United Kingdom is going from strength to strength, but suffers a lot because people don’t necessarily know about gigs or attend local gigs anymore. As President of the University of York metal society, I thought that the metal scene in York was pretty dire (the only other guys I know who organise local and underground metal nights are the wonderful folk over at Jorvik Underground) and I wanted to do something to improve it and give the people who want to listen to extreme and local bands the chance to do so at least once a month.

How do you feel about the state of alt menswear at the moment?

It’s all pretty much the same with the big alternative brands. Pentagram this, Oujia board that, maybe an ironic cat t-shirt or a quote about burning churches. That or it just looks like someone vomited an entire occult grimoire of esoteric symbols onto a shirt. There is certainly a lot more which can be done with women’s clothing in regards to differences between styles – I feel that men are somewhat limited in what they can realistically wear. That being said, I’m quite happy to go around in combats, a t shirt and boots and prefer wearing clothes which are more subtle and not as in your face, so it doesn’t really affect me too much.

Do you think more could be done?

Definitely. Especially in terms of formal wear. I love wearing suits but it would be interesting to see a more alternative take on them, apart from the usual Victorian-esque gothic clothing or Steampunk style stuff. Don’t get me wrong, I absolutely love both of those styles, but I think a more modern interpretation wouldn’t go amiss, something which one could actually wear to a formal event and not look too amiss.

Do you ever struggle with body image? If so how do you deal with it?

I would love to be able to say no I don’t but that would be a lie. I think that the dominant presentation of masculinity within the mainstream media (and indeed, even in some more alternative circles) as a muscular, bearded beast puts a lot of pressure on guys to try and live up to these expectations. I’ve got a rather more athletic than muscular build, but every time I catch myself in the mirror I think about how my arms and chest could be a little bigger or my abs a little more defined. I think that any guy (or girl) who said they didn’t feel under any sort of pressure with regards to their body would be lying.

The rise of social media and the way that these “ideal bodies” are always present within day to day life through advertisement is unhealthy for our mental wellbeing; as not everyone has the time nor the means to go to the gym and dedicate themselves to achieve these goals when other things are going on in their life, and they can often be generalised as lazy or weak and undetermined for not doing so.That being said, to deal with these body image issues I just think, there is so much more to life than gaining muscle mass, and at the end of the day we all only live once, so just embrace the body you have, and if you’re not happy with it, work on it until you are!

Does your interest in Vikings/history in general influence your style at all?

An interesting question. I am studying predominantly Anglo-Saxon and Viking history at the University of York and I’m looking to continue my studies and complete an MA and PhD eventually, so it does have an influence on a lot of aspects of my life. Likewise, my involvement with the Thegns of Mercia means I have a whole medieval set of clothing hanging up in my wardrobe.

I would say that it definitely does, my first tattoo sleeve is based upon the Norse myth of Ragnarök, where the Gods shall die and the Earth will be burned and drowned, and within my sleeve you can see various references to Odin, Huginn and Muninn, Jormungandr, Fenrir and Viking symbolism. Likewise, my other sleeve is based upon Anglo-Saxon history and features the Sutton-Hoo helmet, an interpretation of a Saxon mead hall and a lot of warriors and forests. Finally, my chest-piece is primarily made up of Anglo-Saxon futhorc, the writing style used before Old English was developed, and spells out “Hold the Heathen Hammer High”. My chest also contains the Ægishjalmur, which is a 16th century Icelandic sigil meant to inspire terror in your enemies.

Apart from my tattoos, I very rarely wear anything medieval based outside of a living history environment. Don’t get me wrong, I absolutely love dressing up and re-creating an Anglo-Saxon or Viking warrior, but I think if I was walking around York in chain mail and furs all the time I’d get some rather funny looks. I always wear a non-historically accurate Mjolnir (Thor’s Hammer) pendant around my neck, but that stems from a religious perspective rather than a historical one. 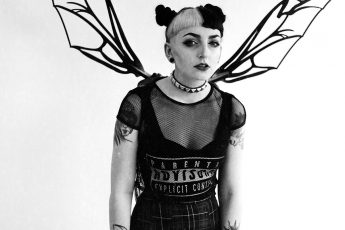 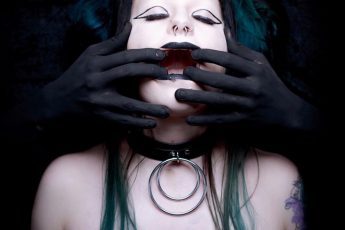 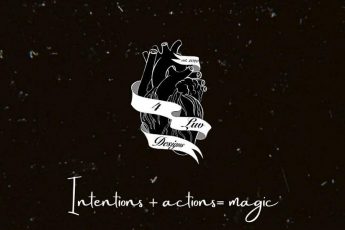