November 4, 2016 by DarcieRae No Comments

In short, yes. But that doesn’t necessarily mean that it’s a bad thing. And I’m hoping it’s in a LBD way – always stylish.

There was time that I had identified myself as a feminist (I have a diary entry where I’m like “me and my mum were talking and I think I’m a feminist”). But it wasn’t something I said. No one else apart from my mum even talked about it. It certainly didn’t seem cool to say. It was still sort of associated with hairy armpits and man-hating. In my head anyway, that’s what I thought of when someone said the word, but I agreed with the basic principles.

It was my interest in English Literature that put me on to feminism I think. The Yellow Wallpaper was a text we studied at GCSE and the whole context of it – the oppression of women in Victorian (ish) society – was just so awful and interesting. My A-Level teacher (shout out to Miss Lewis, wherever you are) was and I’m sure still is a proud feminist, and we studied feminist writers, like Carol Ann Duffy and Angela Carter. We did Wise Children, and I had to do the exam three times before I got a decent grade… so I hated Angela Carter for a while, but my feelings changed over the years as I realised how brilliant that book is.

After electing to take Women’s Literature and feminist theory and writing pervading my studies, I was firmly a feminist. But it still wasn’t really a thing in popular culture.

I think many young women came across feminism the same way. It seems obvious when you think about it – but you have to think about it. Why should anyone be treated differently because of their gender?

But the world doesn’t work like that, and because of the internet more people were speaking up when they saw or experienced injustices. And that’s when it became a thing. People were proud to call themselves feminists. It was more “why AREN’T you a feminist?”

It was around this point that brands began to take notice. Some of them are genuine in the uptake of the feminist mantle, others are using it as a marketing ploy.

Feminism as a marketing ploy. Who does this make me think of? Of course, H&M.

Their recent campaign looks so awesome on the face of it. Trans models, plus size ladies, ladies who didn’t care whether they looked stereotypically ‘ladylike’ or not. There’s no denying that it was a great advert for the brand. Unfortunately, the way that the company operates clearly doesn’t back this up. There’s the fact that their clothes are on the small side anyway. The fact that they got rid of the plus size ranges in their New York stores to make room for their home range. The fact that they sack their female factory workers if they fall pregnant. I mean WTF. This doesn’t sound like a company who has feminist values.

Before it was cool to be feminist there would probably be only a few voices calling these big brands out on stuff like this. As it becomes a popular notion, there are more and more people joining them and they can’t get away with it in the same way.

Unfortunately for brands these days you can’t just say that you’re green/feminist/lgbtq-friendly without backing it up in the way that you run your company. It needs to be palpable in everything you do, because the public can and will find out about it… and then you might have a boycott on your hands!

I think brands and celebrities can be powerful, which is why they need to back their shit up. For example, some young girl (or guy) who loves Hermione might just take an interest in what feminism is because of Emma Watson’s gender equality activism.

The same rings true for regular people too. More and more I feel that I can’t just sit here and say I’m a feminist without doing something to support it. Sitting at home and being outraged about something isn’t gonna change it. That’s why I’m writing this, my small act of activism. If you’re friends with me on my personal social media you already know that I share a lot of articles in this vein, but I’m beginning to feel that I need to add my own voice to the chorus.

This turned out to be more personal than I had originally intended… but I guess this is a good place to start. Let’s see how deep the rabbit hole goes, shall we? 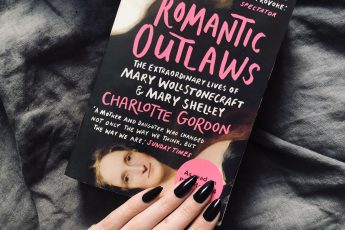 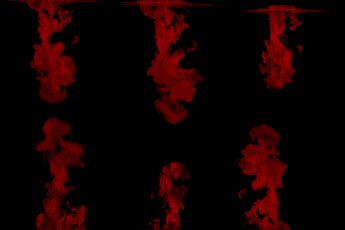