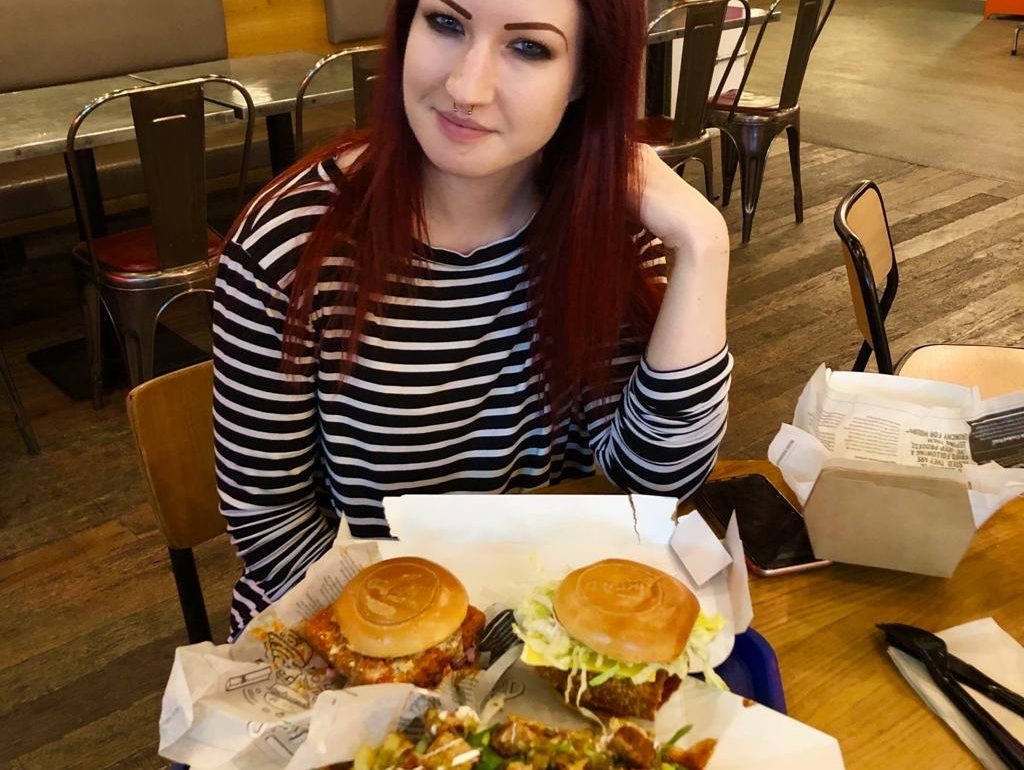 Let’s break it down so it doesn’t get too confusing:

Twisted Burger Company (TBC) is a restaurant in Sheffield that operates out of the Harley Hotel.

Twisted London (TL) is a delivery-only restaurant that is (clue’s in the name) based in London, but recently started delivering in the Leeds area too.

I went to the TBC of my own accord, just coz I wanted to go. I went to TL coz they invited me, and my food was complimentary. However, they did not pay me to write this, or post about it, etc. 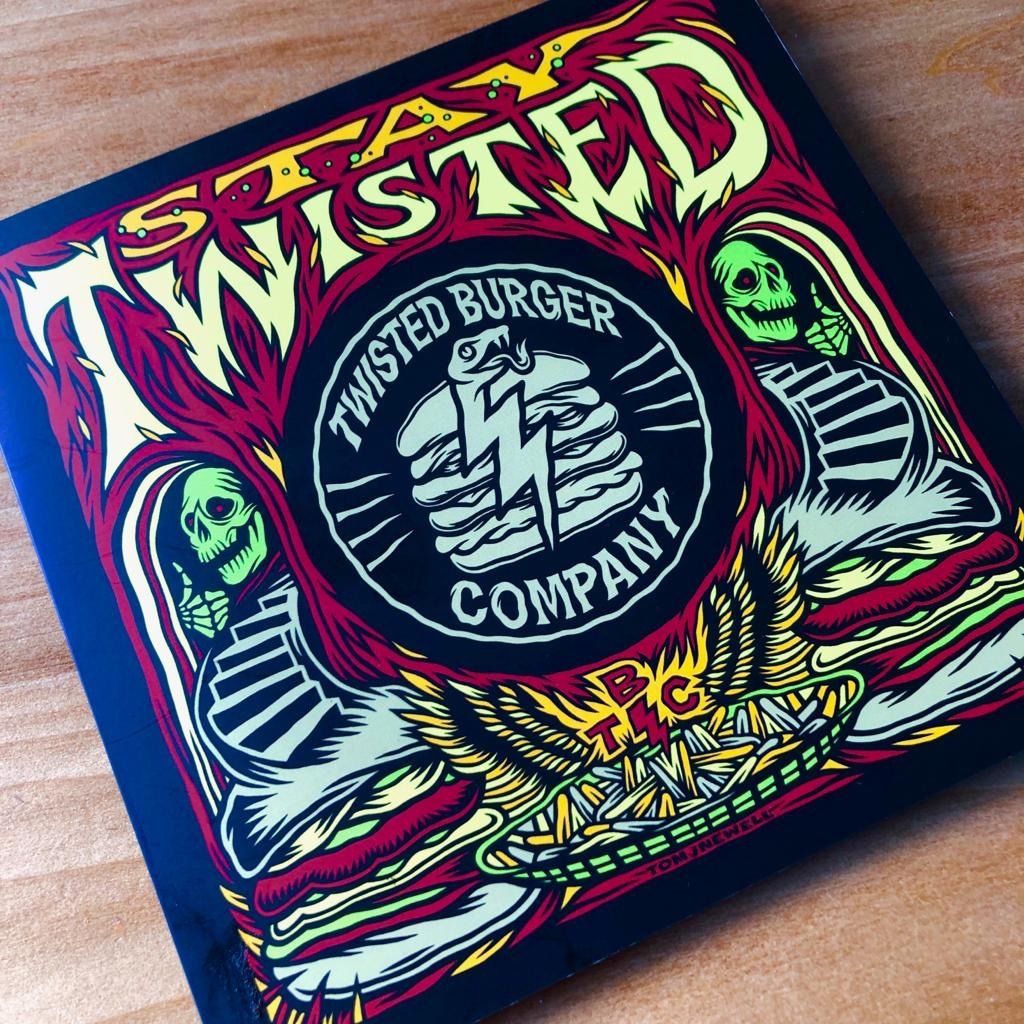 We went to Sheffield solely to go and eat these burgers, though they do serve meat and dairy options too.

The Harley Hotel is a bit of a trek from the train station (about a 25 min walk) so once we’d got there we had definitely worked up an appetite! 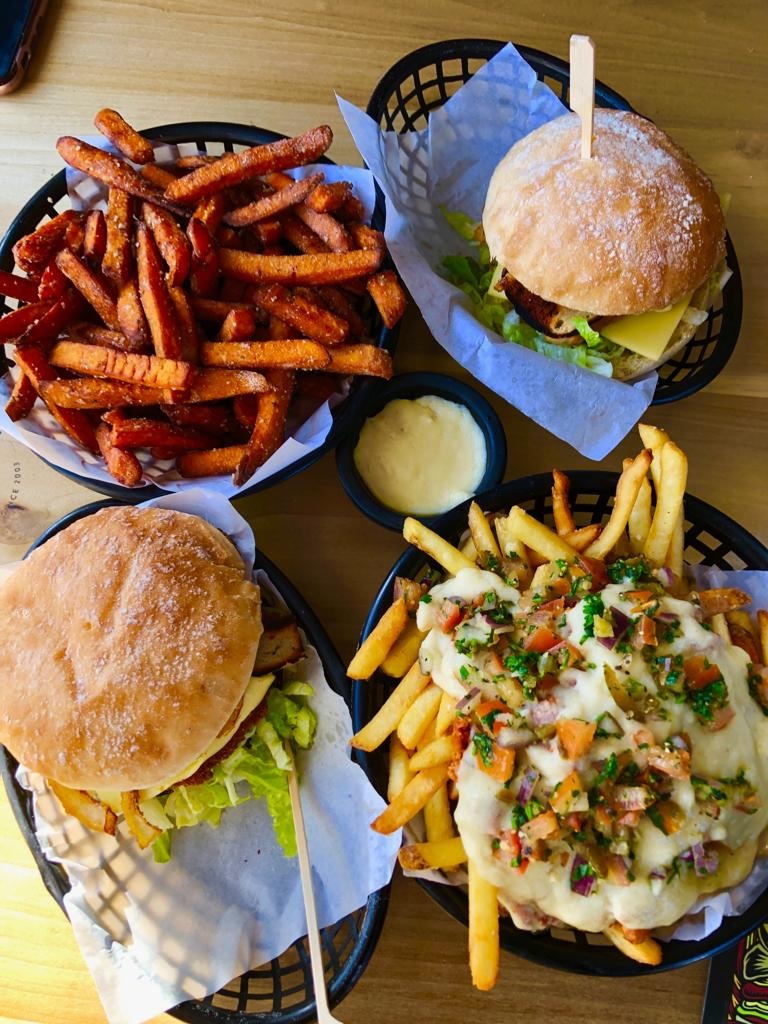 The place itself is a little shabby, it feels a bit like a dive bar, but the food definitely makes up for it. We both ordered the “it’s the f*cking sleeps” burger, that consists of: a chicken patty, bacon, mac and cheese, cheese slice, guacamole & onion strings in a sourdough bap (all vegan ofc).

Mark got chilli cheese loaded fries, I got ranch sweet potato fries and we got a pot of cheese sauce to share too (again all vegan). 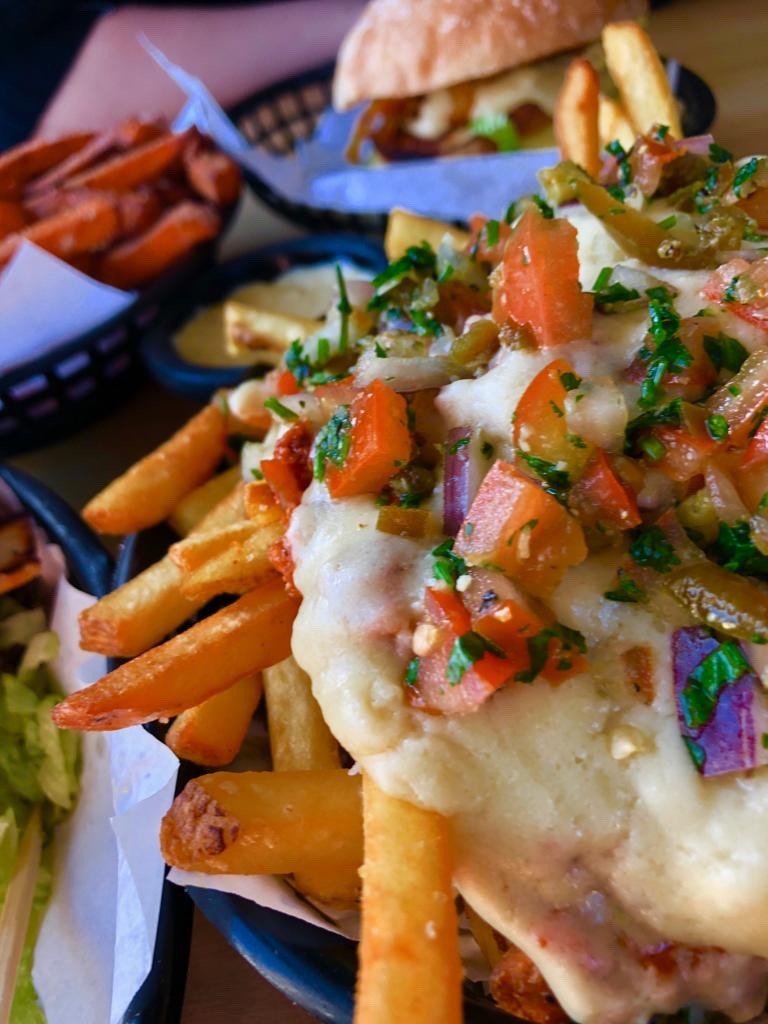 I had thought that the price was a little much but when the portions arrived my concerns were gone – they do not scrimp on portions!

Mark ate his burger and fries and he didn’t eat for the rest of the day (we ate at about one ish). Meanwhile I had to leave the majority of my fries, even though they were super tasty, because I simply couldn’t fit them in. 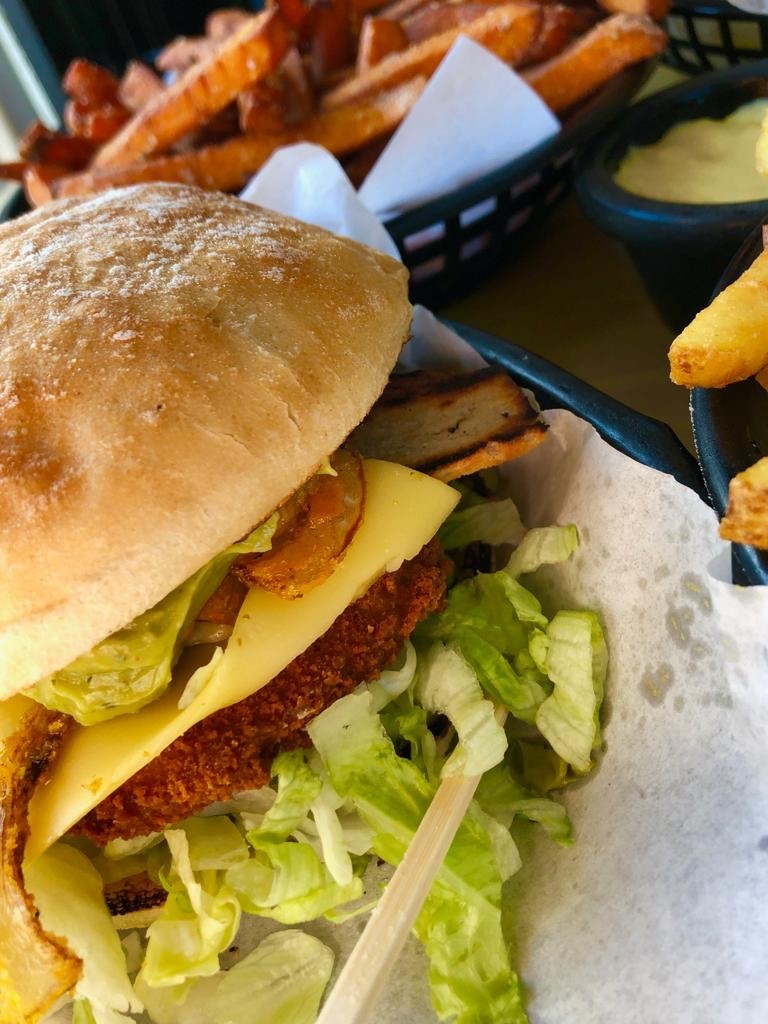 In terms of taste, the burgers were really good. Well-filled and satisfying, the only thing I would say is that the bacon taste wasn’t really there tbh, it was kind of overwhelmed by everything else.

The chilli cheese fries were also great, as were the ranch sweet potato fries (even though I chipped a tooth coz I bit down on the fork, waaaah).

Highly recommend if you’re in Sheffield, go give it a try!

Again, not a totally vegan place, but does offer some very tempting vegan options.

We got to try the two vegan burgers on the menu, the KFV and the Hot Vegan, and the Dirty Vegan Fries. 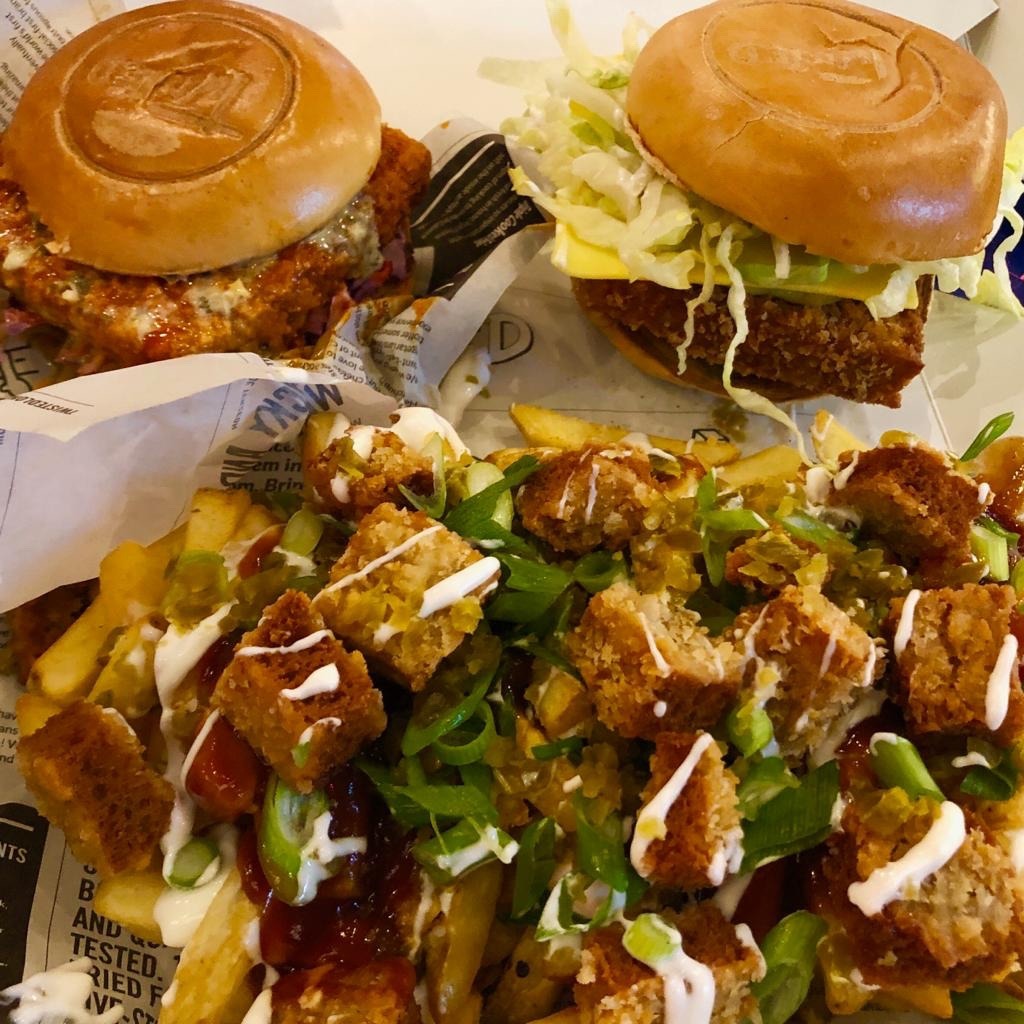 I must admit, I was most excited by the Dirty Vegan Fries, because they sounded great and other people’s pictures made them look SO good.

And they did not disappoint. The seitan and triple-cooked fries are covered in sticky, sweet BBQ sauce, crunchy spring onions and tangy mayo, and quite honestly it was the best bit. The seitan was a bit unusual as I’d never had it that bread-like before, but I am in no way complaining, coz I freaking loved it. 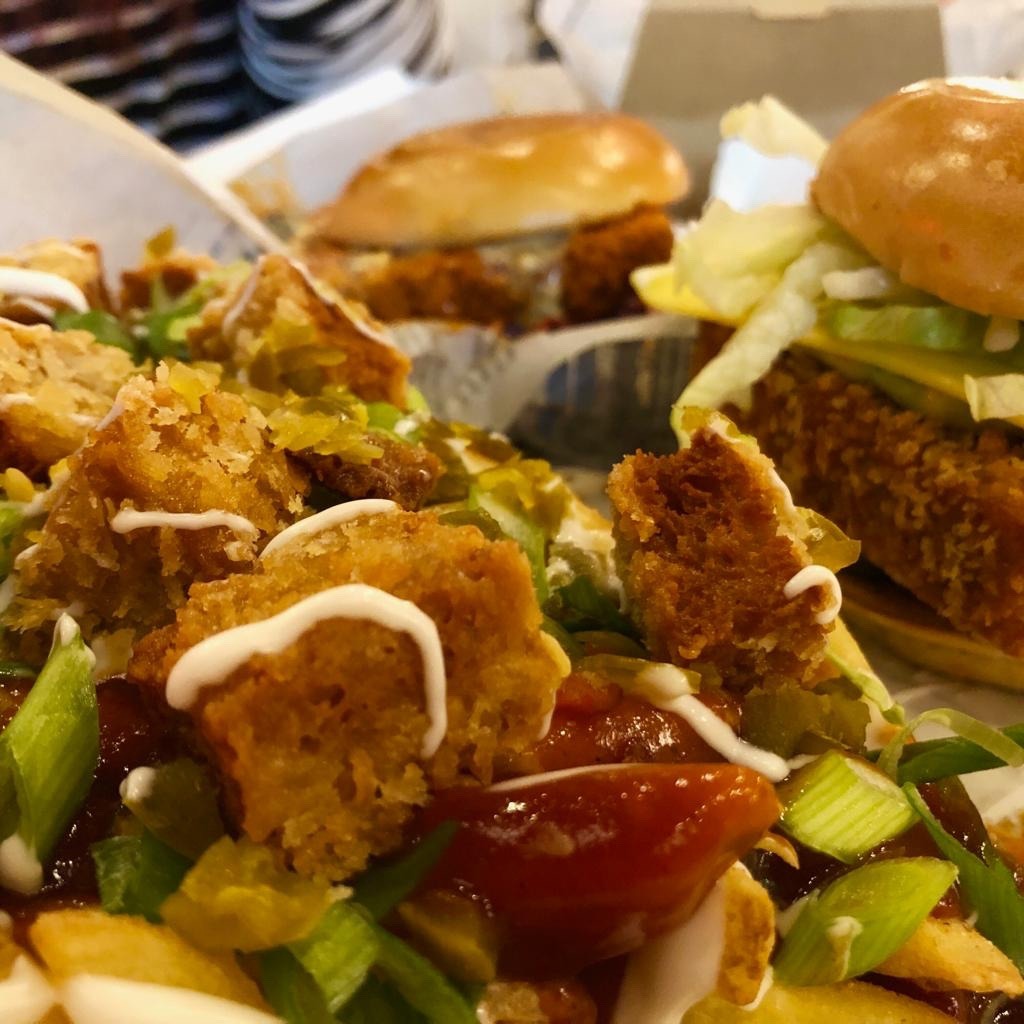 The Hot Vegan is a chicken patty, with twisted slaw, and chilli buffalo sauce, but overall it was a bit too vinegary for both of us. 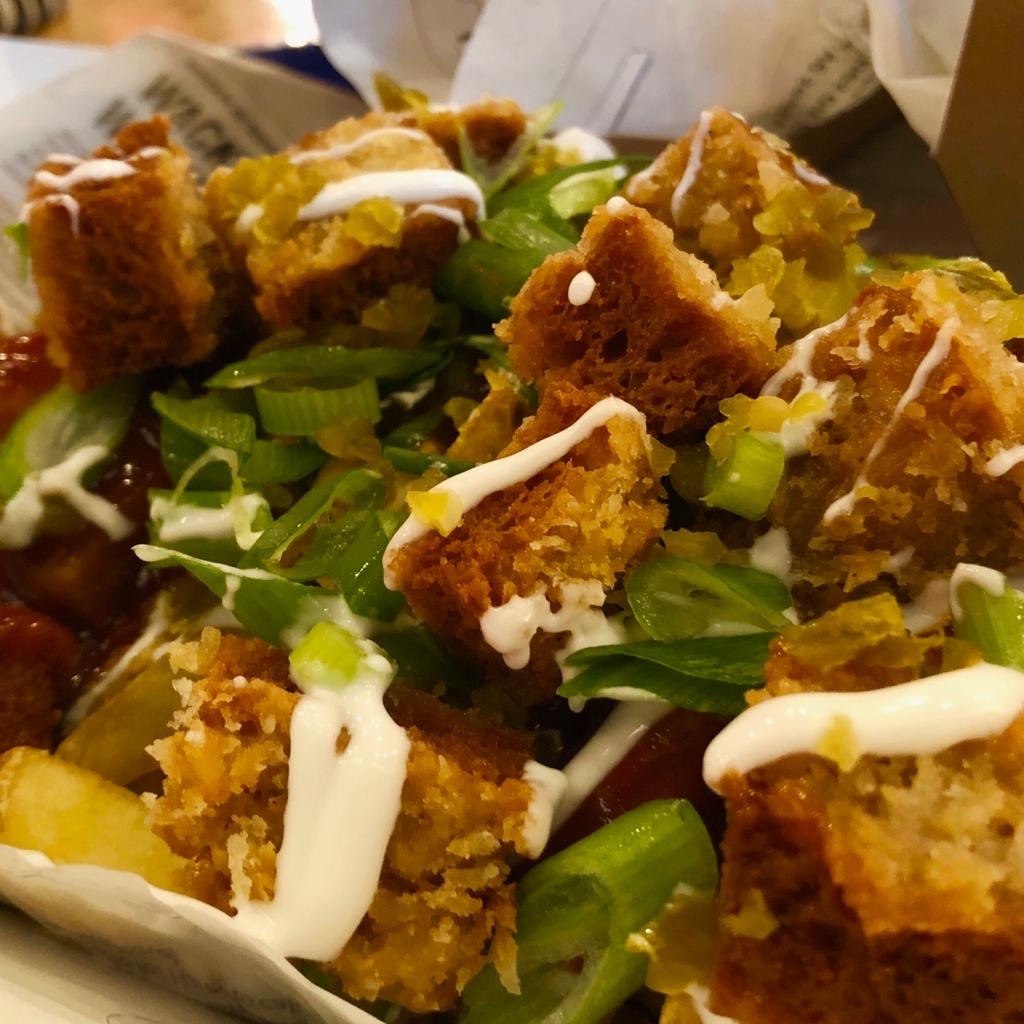 But I’ll be honest, in case you couldn’t tell, the Dirty Vegan Fries won my heart! Om nom nom.

Unfortunately though they don’t deliver to my postcode, boo. So I guess I’ll have to order it to my work instead?!

So there you have it, my opinion on vegan burgers from places with “Twisted” in the name. What do you reckon: fancy doing the twist? 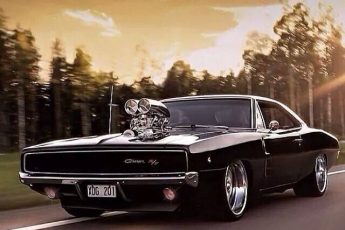 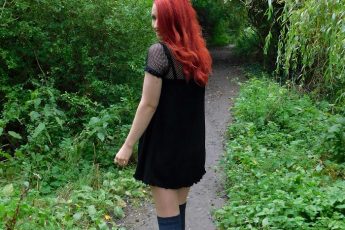