My New House + Our Plans! 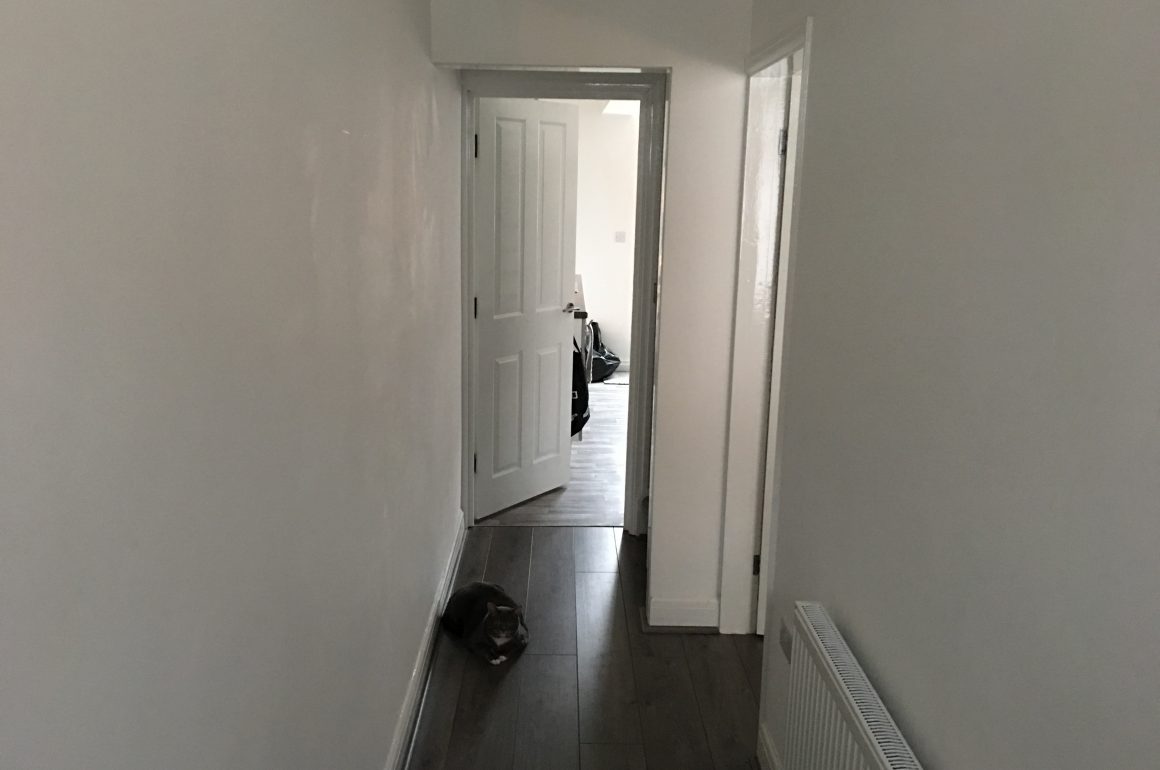 If you follow me on social media, then you’ll know that Mark and I have recently moved house.

We moved from a one bed barn conversion in York to a three bed terrace in Leeds – rented ofc. I felt, in particular, that we had out grown our old house. We need space to work and relax, together and separately. It was almost oppressive – we just didn’t have a place to live that really reflected us and our needs.

There was the fact that we were both spending two hours a day commuting to Leeds and back everyday, (as well as a small fortune every month) too. We’d also fell out of love with York. I had loved it nearly ten years ago when I first moved there – but while as a student its smallness was comforting, as a working adult I wanted somewhere with more life to it.

And while we’d played with the idea of moving, once we’d decided that we were definitely going to move to Leeds, the want to leave became even more urgent.

And so – on to the fun bit! This is more of a starting base to be honest – we’ve been in about three weeks, and we’ve got the basics down. So, as we add to and fill out rooms, I’m hoping to do blog posts to go along.

When you first come through our door, this (above) is what you’ll see. I know – not the most exciting of first photos, but i’m trying to do it like you might if you were actually visiting, kay? We’re thinking maybe a mirror (either a round one or a fancy ornate one I’m thinking) and a slim shelf, for stuff like keys and post and that kind of entryway guff that happens.

The first door is: 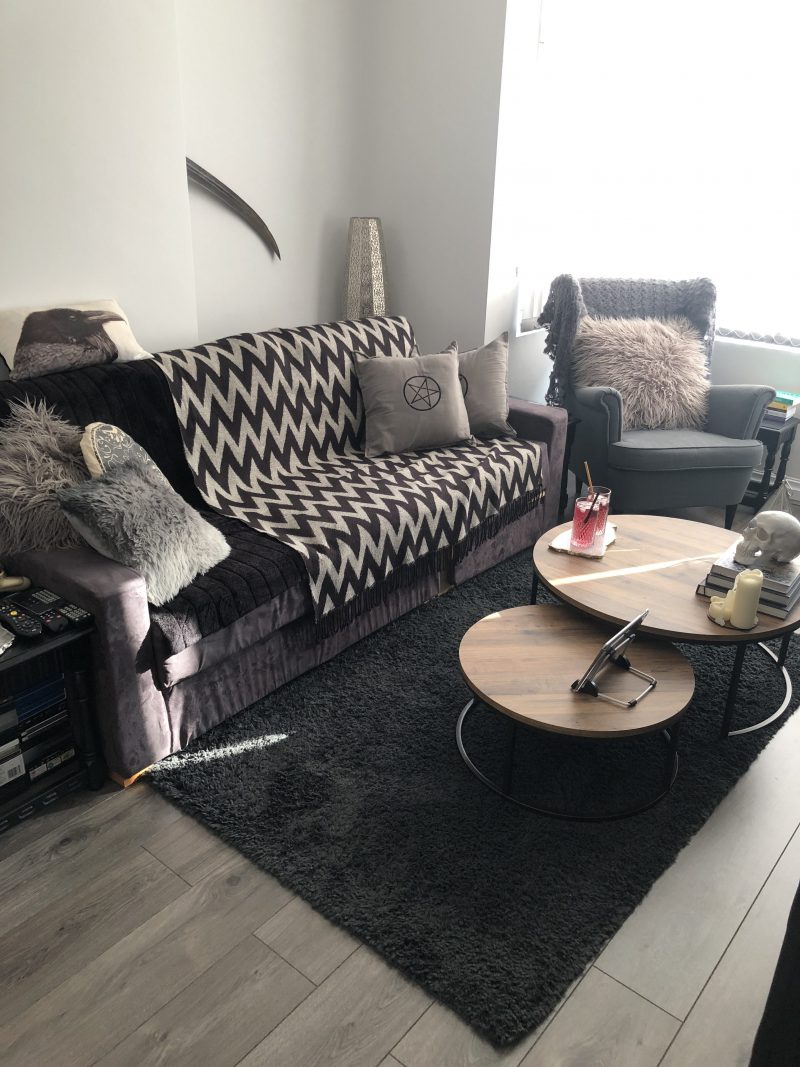 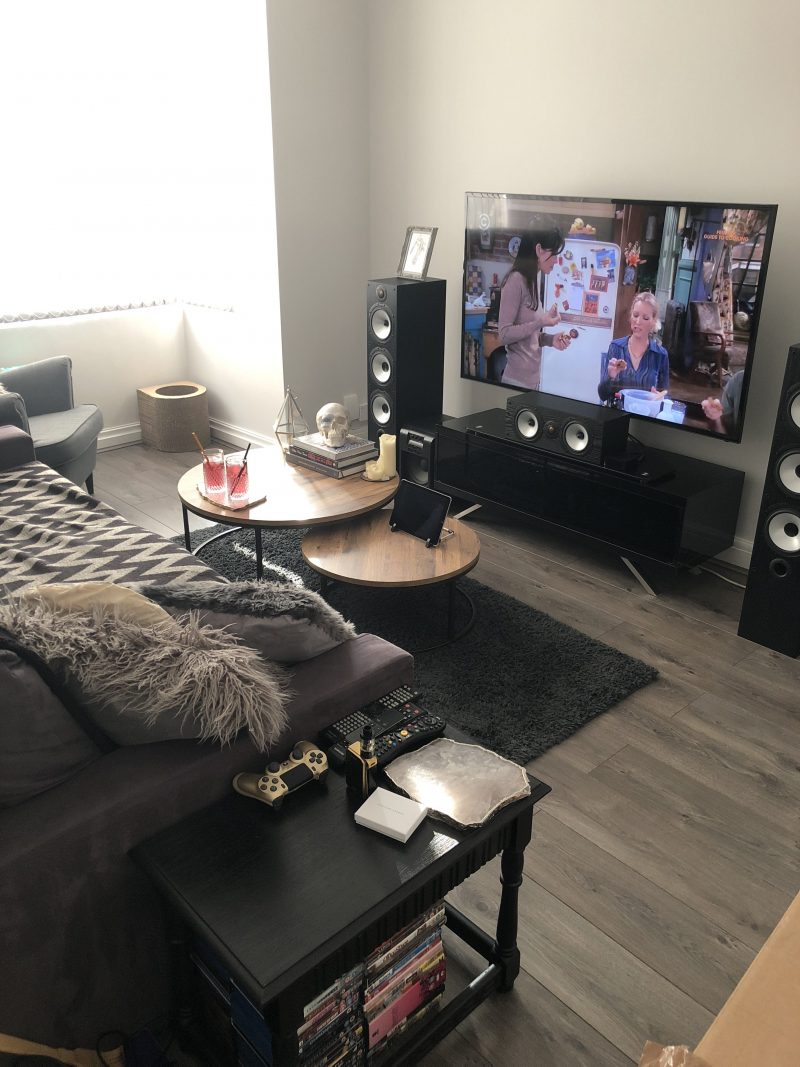 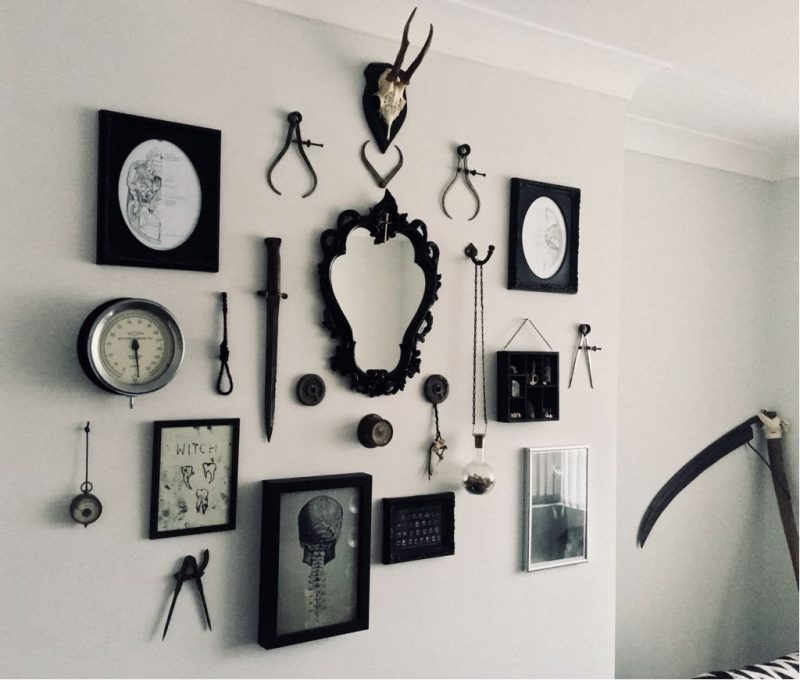 I feel like we may have been a bit unusual in our choice of layout for the living room. The natural choice would be to have the TV in front of the chimney stack, with the sofa on the other wall. We’re going for the other way round. We’re going to fill the recesses either side of the chimney with book cases and just make it look super full of stuff, and have the sofa in front of them. The left hand bookcase won’t be obstructed by sofa, just the right hand one, but we’re thinking that could be a sneaky hidey hole for the cat to escape to.

Can we just have minute for our creepy gallery/curio wall please? I am in love with how it turned out. Let me know if you’re interested in how it was put together! 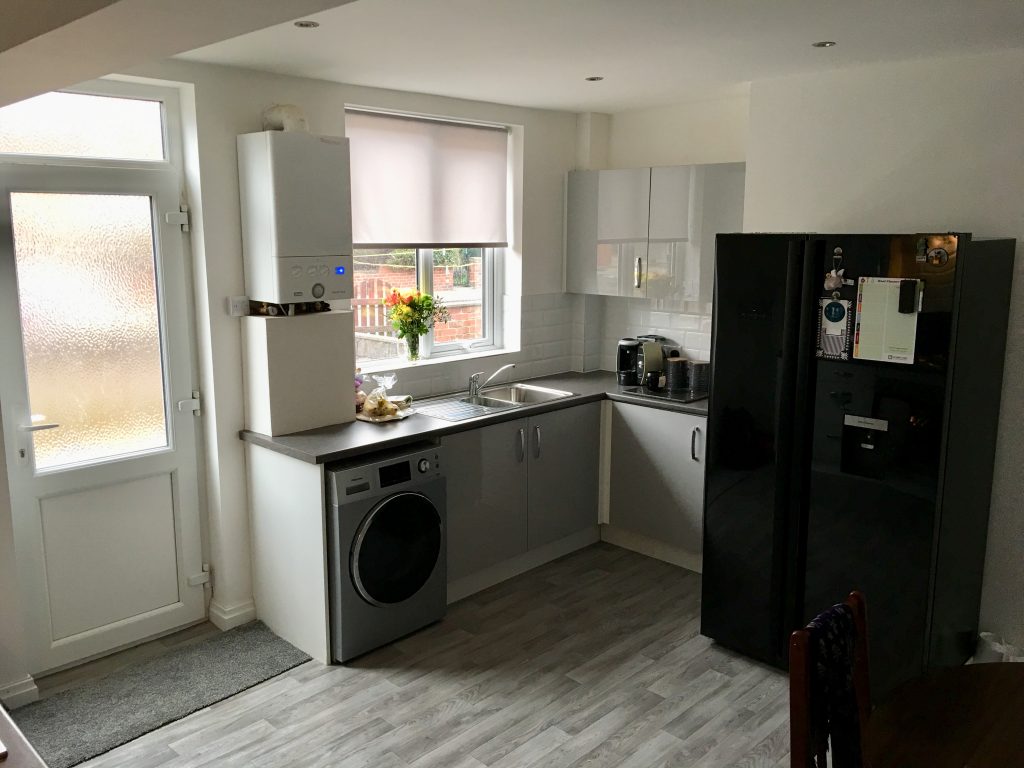 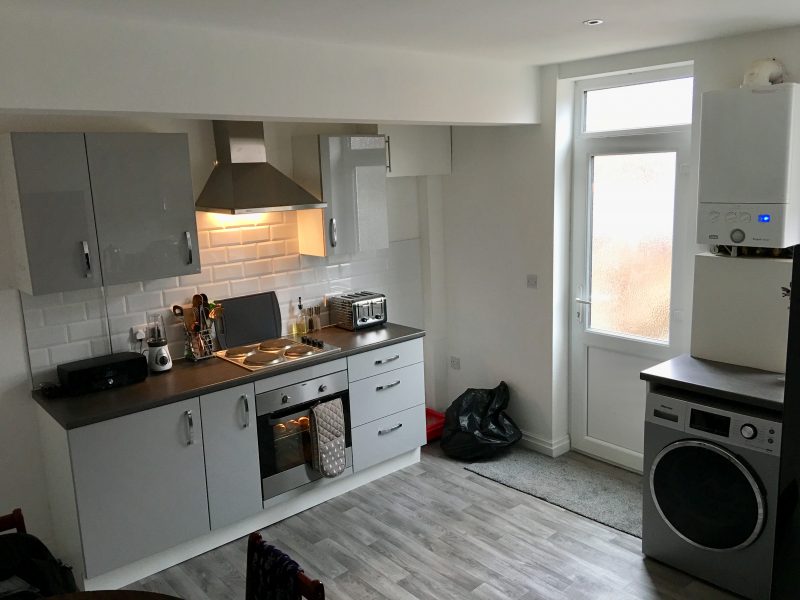 Pls, ignore the trash bag. We need a bin. Do you like our enormous fridge-freezer? We can fit many bodies in there,  yes. This room is pretty much done tbh, we’re just going to replace our dining set at some point. I’m hoping that a much bigger kitchen will mean that we will enjoy cooking much more. Bc we love food. Can you spy those potatoes in the oven?

Out of the kitchen and up the stairs is:

(What Will Be) The Studio 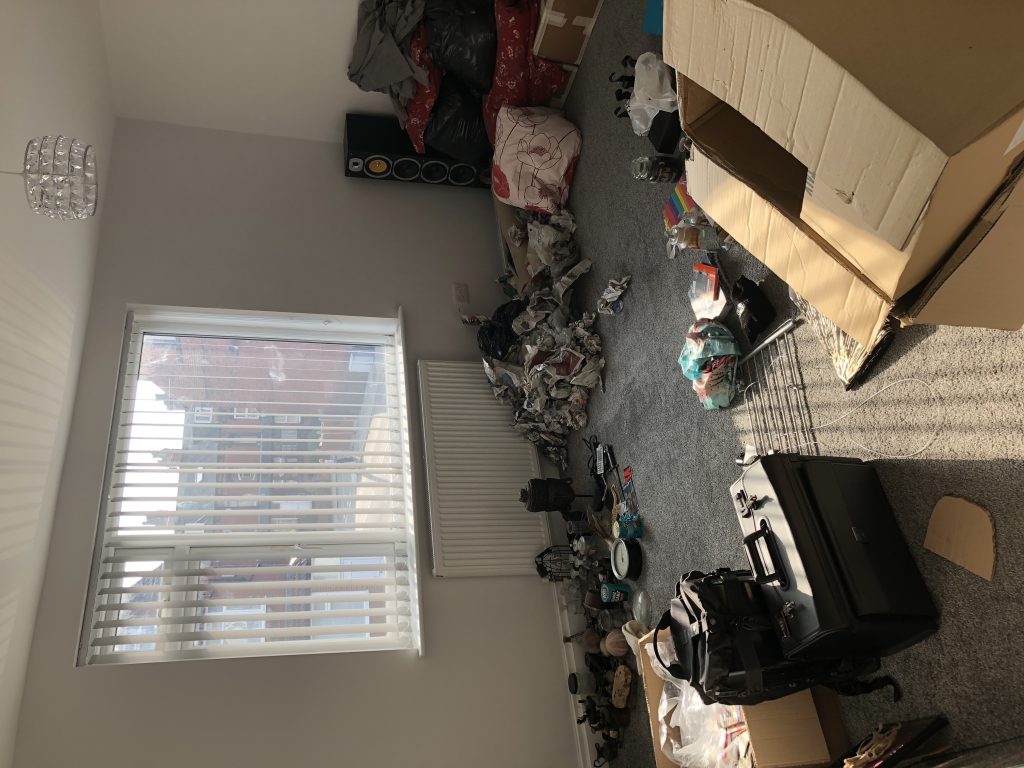 So by blogging rules this photo probably shouldn’t have made it on here. But, this is what it looks like right now. Perhaps with less newspaper. I think we cleared the newspaper. The plans for this room are to be almost like a work/play room. It’s going to have desks and space to work, our old sofa and Mark’s workout stuff will live in there too.

Across the landing is: 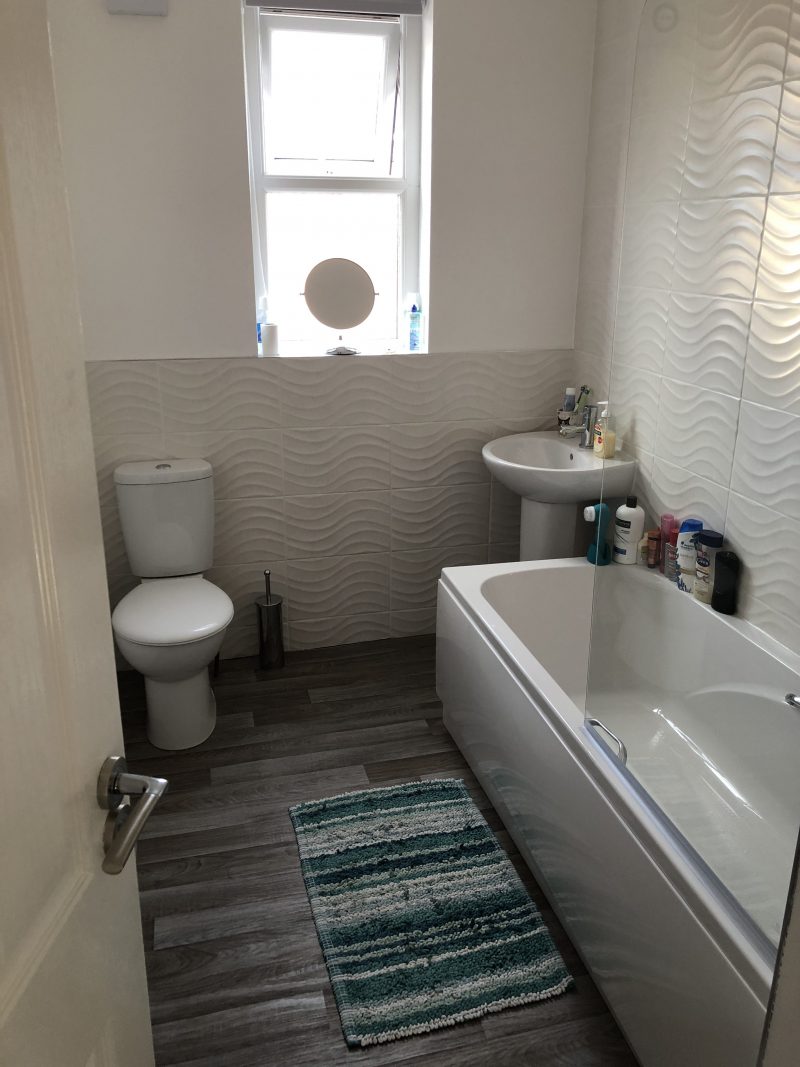 Pretty standard for a bathroom, right? Compared to our old one, it’s a frigging palace. In our old bathroom, you could sit on the loo and have your feet in the shower. The sink was in between. Add that to the fact that this bathroom is new and there are no grotty bits yet, and it’s literally a dream. We have a bath, guys! I can do the bath bomb thing now! 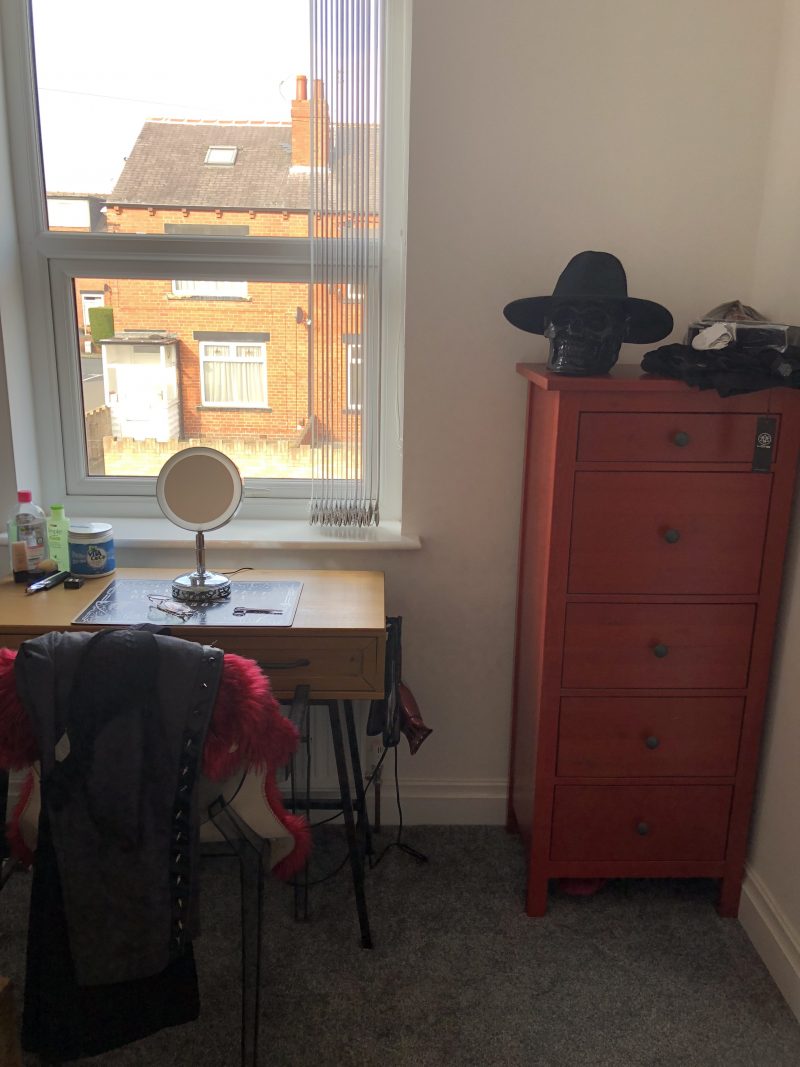 This is the littlest room, and it’s going to be the wardrobe. We don’t even have rails yet, so all of our clothes are in the bags on the floor currently… So it’s not functioning to full capacity just yet, but it’s going to be fun putting it together!

Then, up the stairs is: 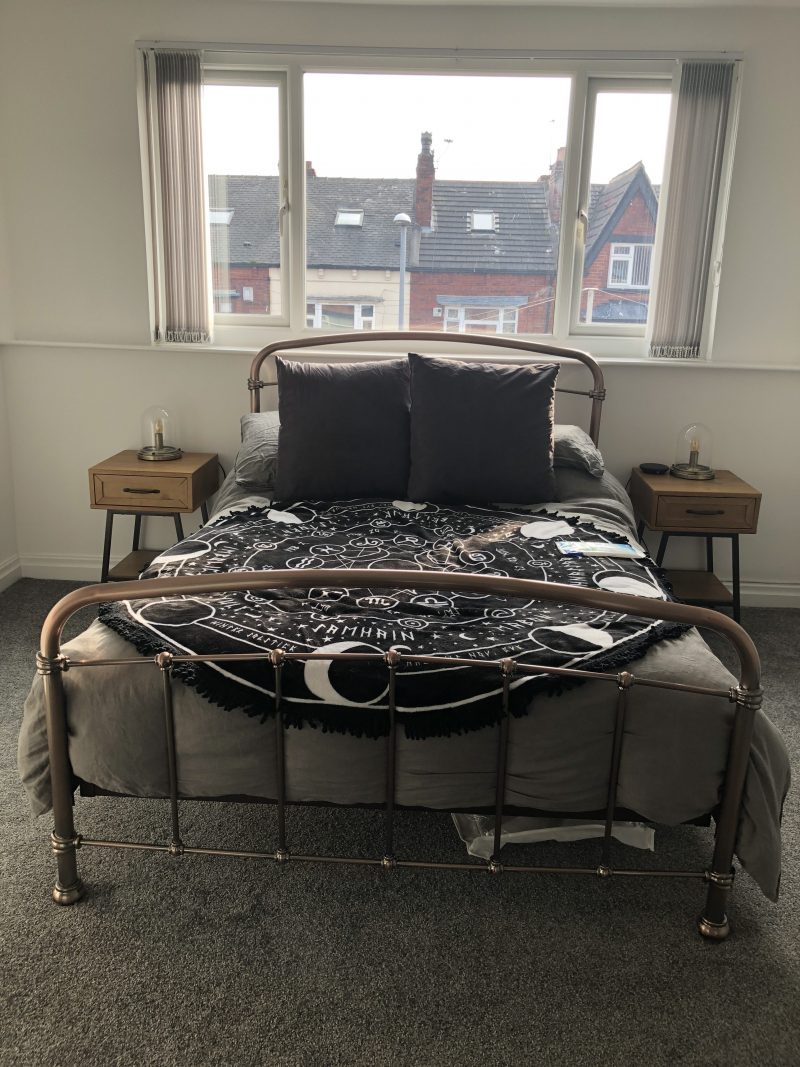 The second floor is the bedroom! The room itself is massive, so there’s lots of room to do other stuff in, but we don’t really know what yet. We’d thought maybe a reading nook – but it could change… any ideas of what it could be?

Have some bonus photos of my cat: 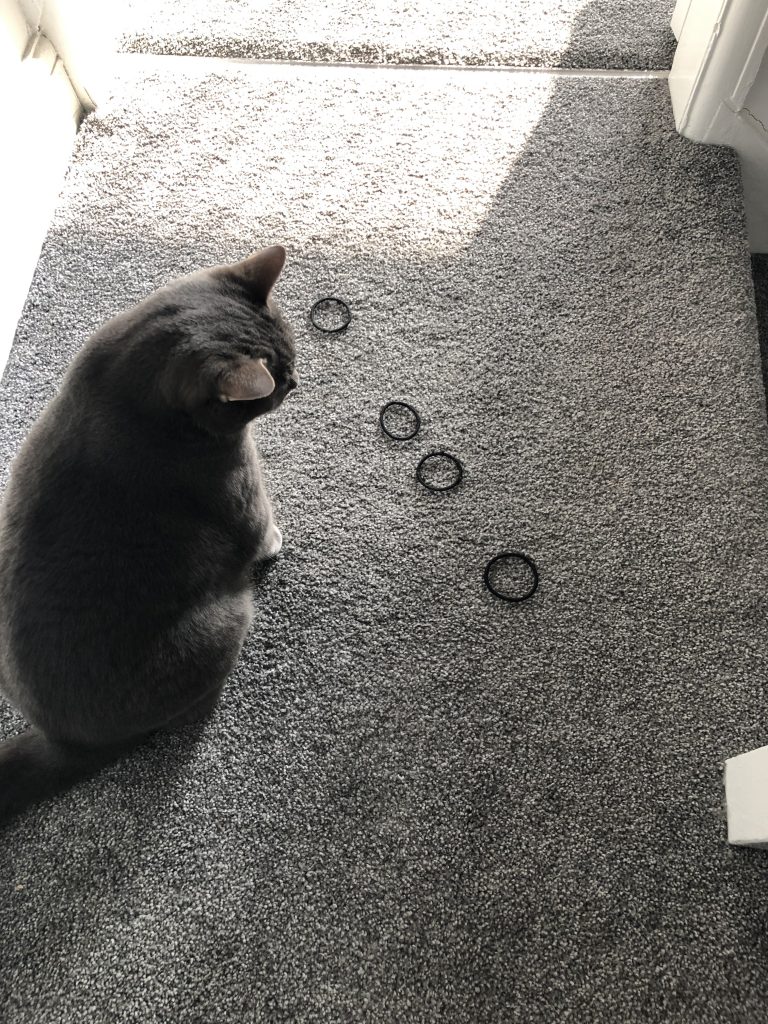 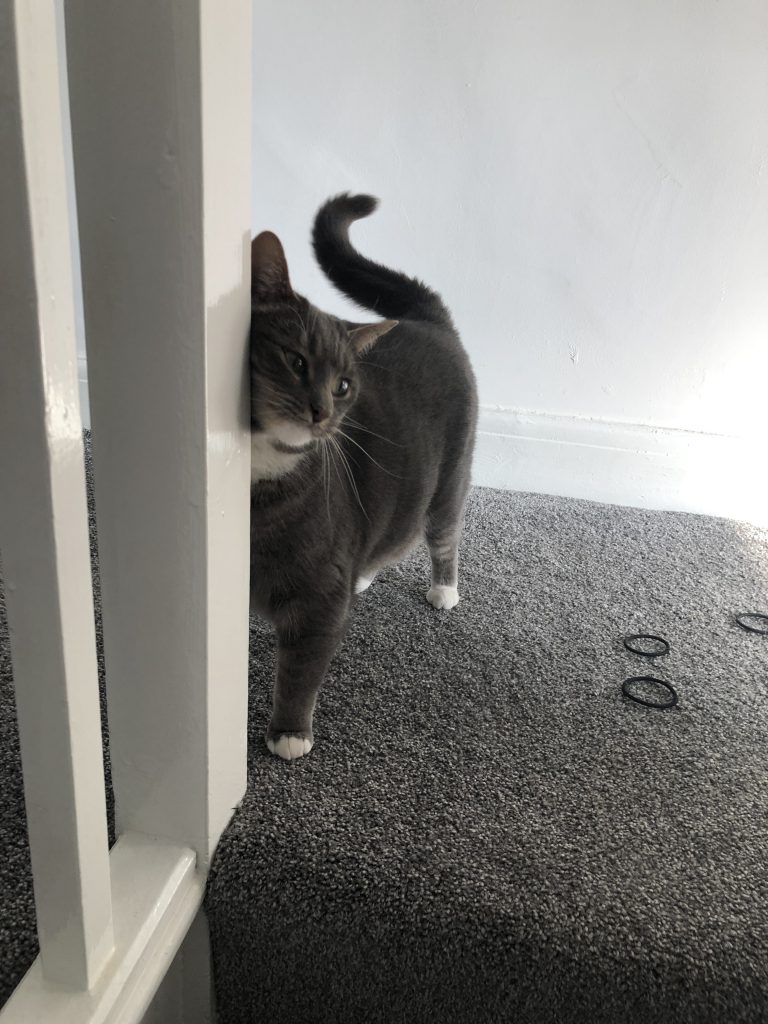 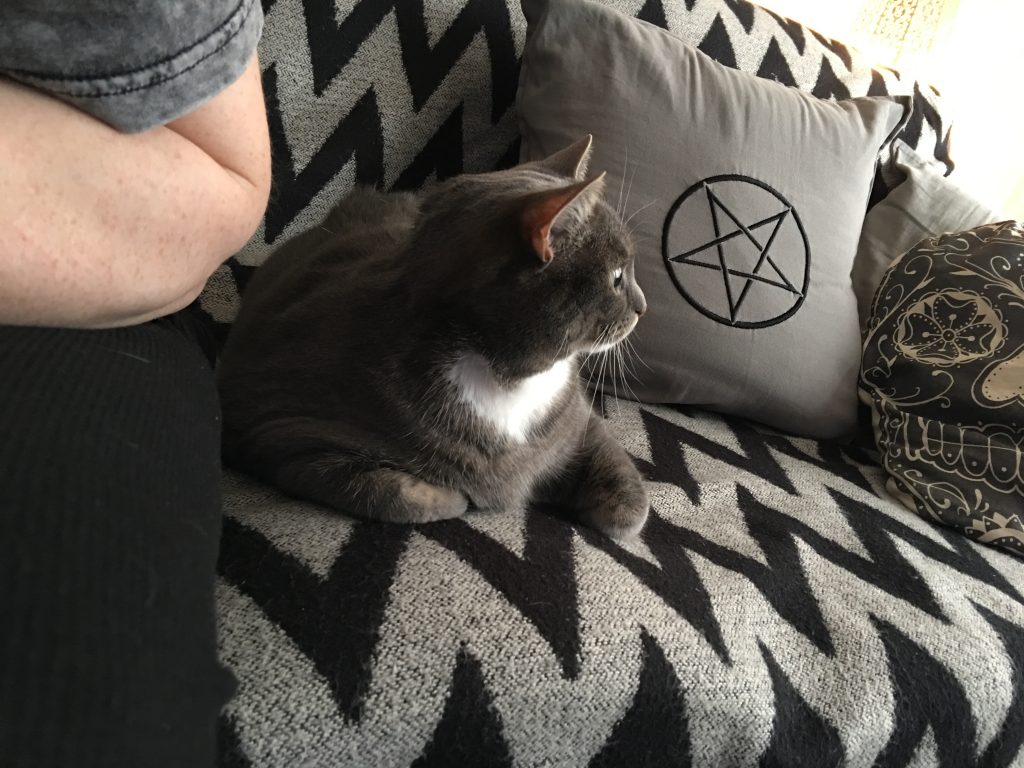 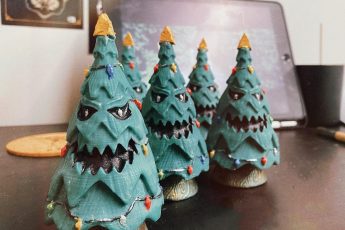 15 Witchy Small Businesses You Should Support This Christmas 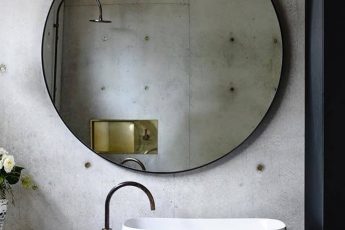 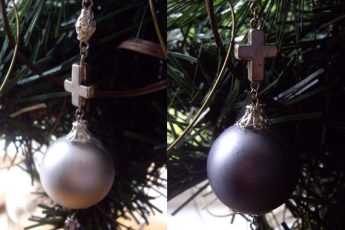