This is just a little round up of the stuff that’s been on my radar this week. Let me know what you think.

I actually (probably somewhat foolishly) listened to her speech while I was working. I didn’t watch it, so I didn’t see whether she was tearful, or what her body language was like.

But just through her voice, you could tell that she was emotional. And how could you not be.

I am not particularly a fan of Madonna. I like some of her music, but I don’t really know any of her history. I respect her as a woman who has had decades in the music business, and as a woman who continues to flaunt her sexuality in the face of a society that values youth and “beauty” over everything else.

When she won Billboard’s Woman of the Year, she used the platform to address the hardships that she has faced as a woman in the music industry.

Her speech is really moving. She talks about getting raped on a New York rooftop, she talks about being left alone when she was married (i.e. Off the market) and then when she released her sex book, Erotica, being called a “whore and a witch”.

While Madonna is not perfect (show me someone who is?!), I think it was incredibly brave to say what she said.

One of the things that I took away from her speech is that even feminists can be decidedly unfeminist towards women. You can flaunt your sexuality and still be a woman empowered and empowering.

A black model created a powerful campaign to make a point about diversity.

Model, student and blogger Deddeh Howard has recreated some famous fashion photos in order to highlight the lack of diversity.

The photo series is called “black mirror” (not the TV show) and has been published on her blog, along with an essay of her thoughts.

Diversity is definitely an issue in mainstream media. From disability to POC to class and gender and age, all people need and deserve to see themselves represented fairly, but they’re not.

Even people like me, cisgendered white women, lack representation – think about TV comedy panels – and it’s worse for other groups. We need a media that reflects the beautiful diversity of society. I’m pretty sure it’s better all round like that, isn’t it?!

It’s good to remember when you think about this that you can seek out representation and diversity in places other than the mainstream.

I liked this article from The Pool, because it not only talks about the effects of pink toys on girls (i.e. female representation in science) but also on boys:

“If we only let our sons play with guns and boyish things, and raise them with the belief that caring and creativity is soft and something for girls, then we are doing nothing to counteract attitudes that lead to abuse”.

I’m just gonna let this article do the talking to be honest – the writer is so eloquent.

I also started a Pinterest board called Thoughts this week, where I’ve been pinning things along the same lines as what I’ve been talking about here. Do take a look!

What do you think about these issues? Let me know in the comments. 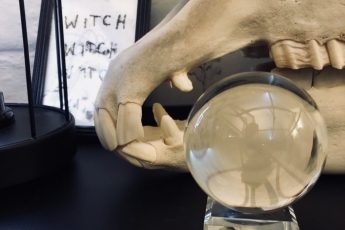