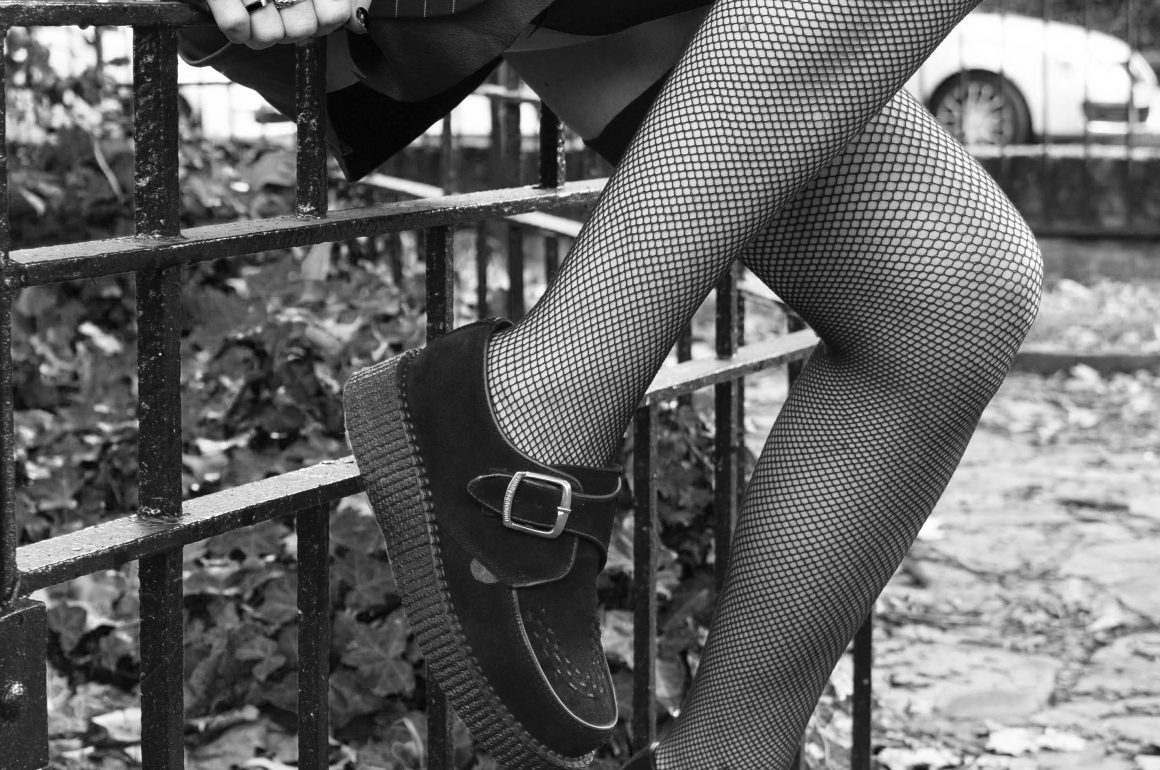 *Published in collaboration with Underground England.

For this Goth Life interview I’m talking to the wonderful people behind Underground, the alternative subculture shoe brand. From punky creepers to goth winklepickers, and a genuine love for alt music and fashion, when it comes to classic silhouettes for weirdos like you and me, they’re the perfect choice.

How did the brand begin?

It began in Manchester, 1981. A city in the North of England, Manchester at that time, was bleak, poverty-stricken, and depressed from industrial decline. Yet, there remained a defiant relentless creativity from the true melting pot of sub-cultures that co-existed there. Punks, Post Punks, Goths, New Romantics, all co-habited in the city. Up until that point – and even up to the current day – it was an anomaly to find that number of sub-cultures in one place, at that one time. You could say that Underground was born at the exact right moment, in the exact right place.

After trying to reach out to footwear, apparel, and brand to stock the Manchester store, Underground was shunned for being too ‘unorthodox’, which led to further motivation to be a brand that is non-conformist, catering to the alternative culture that was absent of this.

The alternative cultures of the time were seen as outsiders – particularly when it came to fashion. In the entirety of the country, let alone the city- there were few places to find the styles that suited them. This void provided Underground with a vision. Underground tasked itself with providing the product for the people that no one cared about. Clothing and footwear for the outsiders, the extroverts and the creatively alienated.

Now inspired by the independence and freedom of the burgeoning movements that were creeping into the country’s peripherals, and with a will to provide them with what they desire, Underground fully developed into a unique brand when it went on to create its own products, inspired by British music and youth culture.

In 1987, The Originals collection was created, and to this day the designs are still the core products of Underground’s collection. The collection is made up of Creepers: Wulfrun, Barfly, Apollo; Steel Cap Boots: Gripper, Stormer, Tracker, Ranger, Para, Commando; and Winklepickers: Blitz, Peck, Bowie, Howard.

Tell me about all your different styles!

The Creepers, based on the original Brothel Creepers, were reinterpreted, and re-energise by Underground, with pointed toe option of the Apollo and Barfly, or the round-toe of the Wulfrun, each available in a variety of materials, and colours. The Wulfrun being the most versatile of these with the option of the single, double, triple, or wedge sole, in a variety of materials such as Leather, Patent, Velvet, Suede, studded, and numerous colourways. As an alternative to leather, Vegan friendly options are also available.

The Steel Cap Boots, were also reinterpreted. With the addition of the 3-eyelet tracker steel cap shoe, the Steel Cap collection comes in a variety of shoe heights, with the most iconic of these being the 8 eyed Stormer and the 10 eyed Commando. This is accompanied by the 14 eyed Ranger, the 20 eyed Gripper and the 30 eyed Para boot. Each Style is available in either internal or external Steel Cap and either Single, Double, or Triple sole. Black is the most prominent style however there are options of various colours and leather prints, including rich rub off leathers.

The Winklepicker boots, inspired by the 1980s goth and new romantics, are available in sleek or louder designs, with one – six buckled options in a variety of materials, colours, and textures: patent, snake print, grain leather, suede.

Who are Underground’s favourite bands?
While we have the utmost respect and love of the OG bands that were at the forefront of the array of subcultures: Joy Division, Sex Pistols, The Cure, Oasis, The Jesus and Mary Chain, the list goes on…. At Underground it is important to focus on the now. We do our best to support Independent bands, those that are making waves in the scene, and women in music. Whether this be from the electrifying Kid Kapichi with their loud guitar riffs and drums, to the dreamy yet melancholic White Flowers with their synth-y guitar driven sound. At Underground genre does not limit us, with the indie turned pop rock star Yungblud, the Tarantino-esque Black Honey, the vampire rock of Saint Agnes or the postpunk inspired The Ninth Wave. Music for us is about the authenticity of expression – which is why it is so important to us because it reflects the mindset of Underground.

Can you tell me more about the vegan line? What’s the material it’s made from?

We recognise that our customers have a personal choice regarding the material that Is used in our footwear. Our Vegan friendly collection is designed to meet the requirements of Underground customers that have a preference for products that do not contain animal products.

We have selected a special non-animal material, Lorica, that has the appearance and attributes of leather and will perform in the same way as leather. The collection includes many of our core styles , but it is also possible to order custom made products using Lorica.

I’ve seen you mention sustainability on your social media and website, what steps are you taking?
We are taking several steps to be more sustainable. Our main strength and focus is on sensible manufacture. This is carried through with a custom-made service that ensures there is no waste and over production, and by working with family-owned factories in Portugal and the UK to produce sensible batch quantities in safe environments.

More details of our steps can be found here: https://underground-england.com/sustainability/

Who are Underground’s style icons?
We do not necessarily have one specific style icon, with our style being inspired by that of the many subcultures that we cater to. If we were to pin icons to these subcultures however, it would have to be the controversial yet infamous Sid Vicious for the punks, Siouxsie Sioux (of Siouxsie and the Banshees) or Robert Smith (of The Cure) , with their striking postpunk/goth look, for the casual/indie it would have to be the Gallagher Brothers, who were the encapsulation of Brit Pop. Finally, not to forget the legendary David Bowie, who challenged beauty standards with the glam and flare that went into his agendered wardrobe especially within the Ziggy Stardust era.

Thanks so much Underground for collaborating with me! Follow them on Instagram here or check out their website here, where you can shop but also learn about their music project as well. 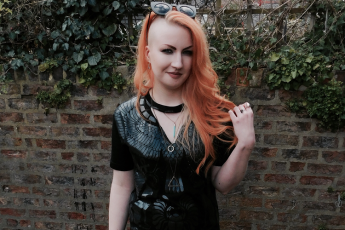 Outfit of the Day: Killstar DIY 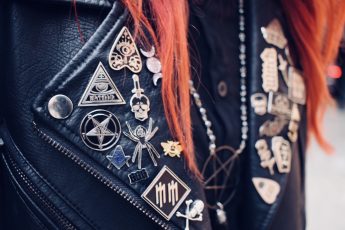