My Tattoos and Piercings

When I was a kid, I read The Illustrated Mum by Jaqueline Wilson. It was about a girl, her older sister and their mum. The story is actually quite sad – the single mum isn’t particularly well mentally, and it often ends up with the kids picking up the pieces. It’s a really good book, and when I was younger it was my fave. The mum, with her red hair and green eyes, was covered in tattoos. I thought she sounded magical (aesthetics-wise at least).

I always said that if I were to get a tattoo, and I did think I would have some, I would get an eye on the back of my neck, just like Marigold, the illustrated mum. One day, I did. It didn’t hurt particularly, but I was sat in a bit of an awkward position for a while. I was sat down with my face facing towards my lap, essentially. I was wearing a stripey dress and when I got up after it was done an hour later, all I could see were stripes. I got it done at a place in York, called True Colour. I don’t know the name of the guy who did it (sorry man).

Another tattoo of mine is a pair of cat eyes on my forearm. I had had the idea for a while before I got it. It’s green because of Myrtle turtle, my first cat that lives with my mum now. It was also done at True Colour, by a girl called Lauren. It was a bit more painful than my neck, surprisingly. It’s a tattoo that lots of people compliment me on. Especially when I’m in bars for some reason.

The first tattoo I have was paid for by my best friend. It reads “all you need is love” on the back of my shoulder, and it’s not because we’re big Beatles fans. It’s actually because it was the soundtrack to a video we made when we were about 16. In the video, we meet, fall in love, get married and have kids. I think it was hosted on bebo. My fledgling acting career started and ended there I think.

Piercings wise, I’ve only got my septum done at the moment. I had it done in Brighton after thinking about it and wanting it done for AGES. I had even bought fake septum rings from Primark to see how it would look. I just walked into a place in Brighton when I was visiting my sister to see if they could fit me in that day. They could, and they told me to come back later that day. When I did, I was so nervous about the pain. The anticipation of the thing was worse than the actual act of the piercing. I left a sweaty bum mark on the paper when I left. #awkward

I got a cold pretty sharpish afterwards so it spent a long time tucked up in my nose. It spends most of its time up there while at work too. And while it’s cold too, because my ring is quite small and if I’m even a bit snotty it seems to just hang around on the ring. Which is… delightful. So it stays up my nose!

I totally intend to have more tattoos, once I’m rich enough to afford the artists that I like. I’d love to have a raven on my thigh and a botanical type fern leaf half sleeve too. Piercings I’m not that fussed about at the moment, though don’t quote me because I might change my mind!

Do you have tattoos or piercings? Tell me the stories behind them! 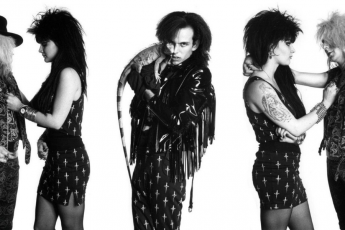