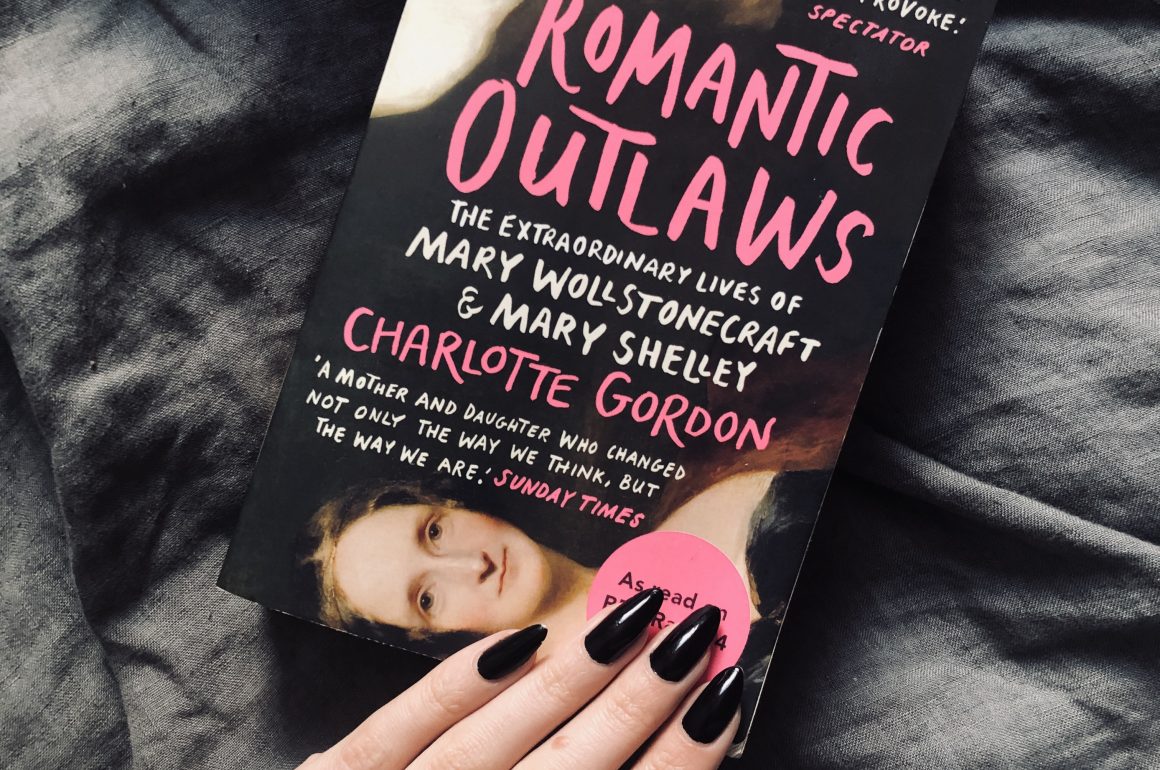 I’ve never really done book reviews before, but now that I’m getting back  into reading again, I thought it might be fun to share some of my favourite reads on the blog! Do let me know what you think in the comments below.

I didn’t know much about either of these two women when I started this book. I knew Shelley wrote Frankenstein and was married to Percy Shelley. That she had sex for the first time on her mother’s grave and after he died she carried around his calcified heart (basically, she’s goth AF). I knew that Wollstonecraft wrote A Vindication of the Rights of Woman (one of the first feminist philosophies) and kind of assumed that she was a bit of a badass too.

I mean, knowing that, who wouldn’t want to learn more? This book was perfect, I absolutely devoured it.

Both women endured horrors at the hands of men and that of society but it was their thoughts, their actions and their writing that made them heroines.

Wollstonecraft wasn’t particularly educated in an academic sense, but her experiences growing up with an abusive father and her sisters being married off to equally immoral men helped her form her thoughts around marriage – an institution whereby women were objects bought and owned. How women could be raped, beaten and returned to them if they ran away – all legally. They could even be put in an asylum if they didn’t behave themselves.

She knew that these things were unfair, and she found herself in a position where if she spoke, people would listen, and so that’s exactly what she did.

Similarly, Mary Shelley used her position as a writer and used that to her advantage, but instead of essays, she wrote her philosophies through the medium of stories. She saw how women were used and abused, cast aside as unwed mothers, scarcely able to make a living for themselves and driven to suicide.

I was in love with the way this book was written. It got a little confusing when returning to the book as I couldn’t remember which Mary I was on, but other than that I enjoyed the way the writer drew parallels, mentioning something that happened in one life but revealing it in the other’s.

Wollstonecraft’s death for instance, is mentioned in Shelley’s early chapters, having died days after childbirth, but we don’t find out the details until the end of Wollstonecraft’s chapters.

I would really recommend this book to anyone who has an interest in the history of feminism, gothic literature or just in Mary Shelley in general. I honestly couldn’t have enjoyed it more, and now I’ve become a Mary Shelley nerd.

Further reading: Frankenstein, Mary Shelley; Vindication of the Rights of Woman, Mary Wollstonecraft; anything and everything on either women to be quite frank.

As I said, this is the first time I’ve really done anything on books on my blog before so I would love it if you could let me know what you think!